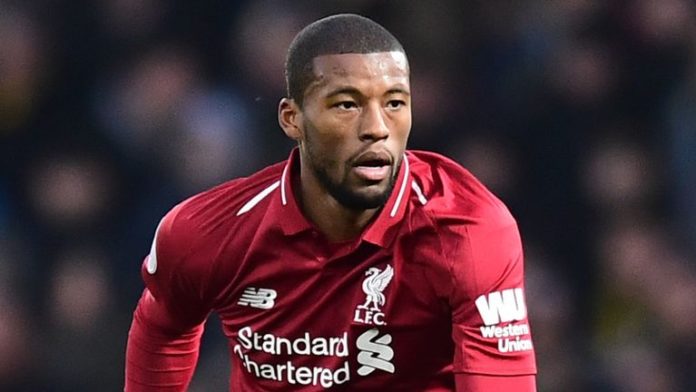 Liverpool picked up three valuable points, as they defeated Bournemouth 3-0 on Saturday.

It was a pleasure for me to be at Anfield to witness a dazzling attacking display.

The Reds played some fabulous football, carving apart a team who had set up in a 4-5-1 formation for the first time this season in an attempt to keep the red tide at bay.

The star of the show was Gini Wijnaldum, who scored his second goal of the campaign with a fabulous lob.

The Dutchman should've earned an assist too, as he created his first clear-cut chance of 2018/19, but Sadio Mané headed the opportunity wide.

Wijnaldum appeared to be playing further forward than he usually does, and the data backs that notion up.

His average position was the nearest it has been to the opposition goal in any league match this term.

Liverpool's number five had five touches in the Bournemouth penalty area when he'd previously made a total of 21 in opposition boxes in the league this season.

Wijnaldum's goal was arguably the most important of the match, as it gave the Reds a two-goal lead for the first time in 2019.

History suggests it almost guaranteed the three points too.

Liverpool have lead 62 Premier League matches 2-0 at half time at Anfield, only failing to win on two occasions.