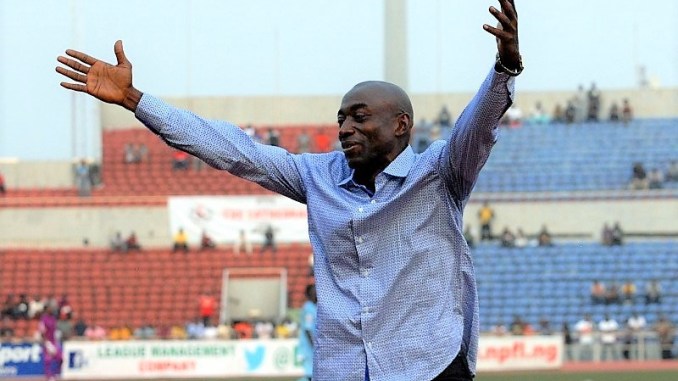 According to The News Agency of Nigeria (NAN), Kwara United recently signed Biffo on a three-year deal after he voluntarily resigned from his former club for undisclosed reasons.

Speaking at the brief unveiling ceremony in Ilorin on Thursday, Biffo said he would work assiduously to win laurels for the club.

He added that he would do his best to rebuild the club and win promotion for the side into the Nigeria Professional Football League (NPFL) in the coming season.

“I’m happy with the new assignment entrusted on my shoulders and I believe that with the cooperation of everybody the task of rebuilding and rebranding Kwara United will be really easy,” Biffo said.

The club’s General Manager, Bashir Badawiy, who performed the unveiling, pledged the club management’s resolve to give the new Technical Adviser all the needed support.

The General Manager said he was optimistic that the coming of Biffo would impact positively on the fortunes of the club.