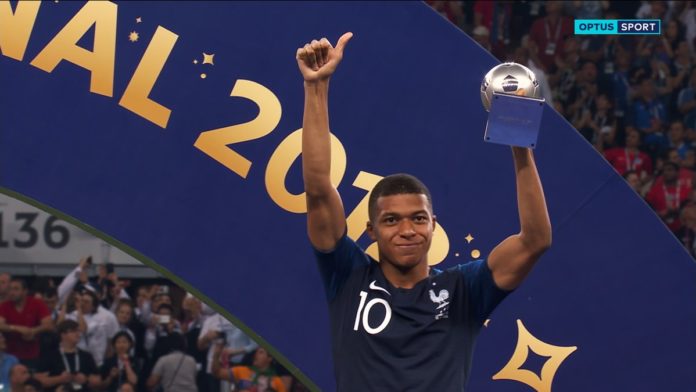 Kylian Mbappe has won the young player of the tournament award at the FIFA 2018 World Cup – a gong for which players aged 21 or under are eligible.

The France starlet, (19)who produced an impressive display against Argentina in a last-16 suspenseful match, became the first teenager to score in a World Cup final since Pele in 1958 and took his tally in the tournament to four with a cool finish at the Luzhniki Stadium.

The Real Madrid playmaker was on the losing side in Sunday's showpiece event as France ran out 4-2 winners in Moscow but Modric was awarded the Golden Ball for player of the tournament.