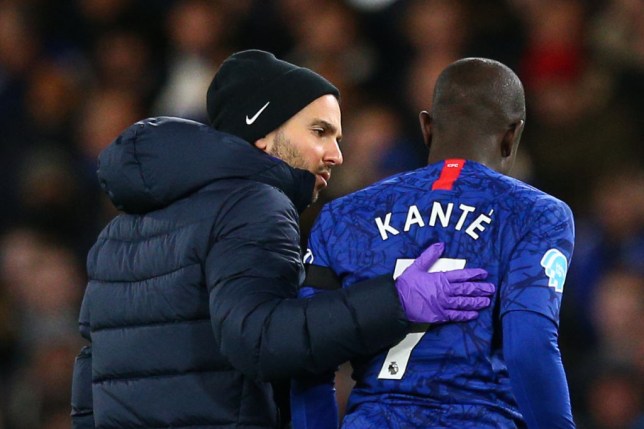 The Chelsea midfielder was substituted in the 12th minute of last night’s 2-0 defeat to Manchester United at Stamford Bridge with Mason Mount taking his place.

Speaking in his post-match press conference, Chelsea boss Lampard admitted: “It’s an adductor injury. We’ll have to assess it but it doesn’t look great.”

When asked if the 28-year-old’s latest injury is related to a previous problem, Lampard said: “I don’t know that yet for sure. I wouldn’t want to give you that information.

Kante’s injury is giving Lampard a fresh headache amid Chelsea’s stuttering form that has allowed their rivals back into the race for Champions League qualification.

Tottenham are hot on their heels and travel to Stamford Bridge on Saturday in the lunchtime kick-off.

Kante is likely to miss that fixture if his injury is as concerning as Lampard fears.

Meanwhile, Lampard was very furious by the defeat to Ole Gunnar Solskjaer’ side, who are now within three points in the table.

Goals from Anthony Martial and Harry Maguire in both half saw the Blues suffer a fifth home loss of the season.