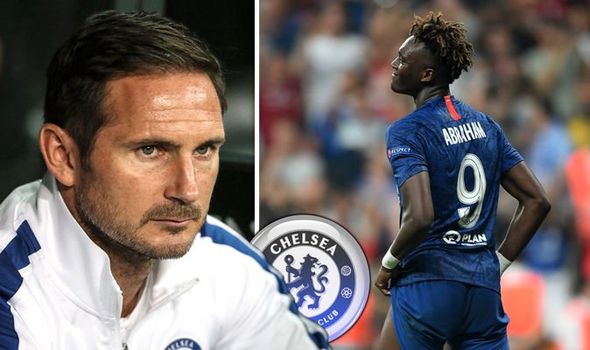 Chelsea coach Frank Lampard revealed why he wants Tammy Abraham to play for England instead of Super Eagles of Nigeria.

The 21-year-old scored two goals in two consecutive Premier League games since current Blues boss Lampard managed the feat in 2010 but the Nigerian descent was not called up by Gareth Southgate for the Three Lions’ upcoming Euro 2020 qualifiers against Bulgaria and Kosovo.

Lampard said after the Camberwell-born was snubbed by England manager again despite finding back of the net on four occasions and he becomes second-leading scorer one behind Temmiu Pukki of Norwich: “I am delighted with Tammy, delighted with his attitude.

“He has a great attitude in training and a desire to score. I thought his all-round game as well was good.

“We are working with Tammy, all the staff, to help little bits of his game where he can be even better. He is very receptive to that. I thought his performance was class. It is everything you want from him and he is unlucky not to have three, I suppose.

“I would have loved it for him [to get called up by England], but he can take a bit of a breather.

“We can work with him because it is a constant with all the younger players. I think England will come calling,” the Chelsea manager added.

SEE ALSO: Wilfred Ndidi Now A Student Of A University In Leicester City

Meanwhile, the Nigeria Football Federation president Amaju Pinnick has been desperately trying to get Abraham to snub England and play for the Super Eagles to replace the void left by Odion Ighalo.