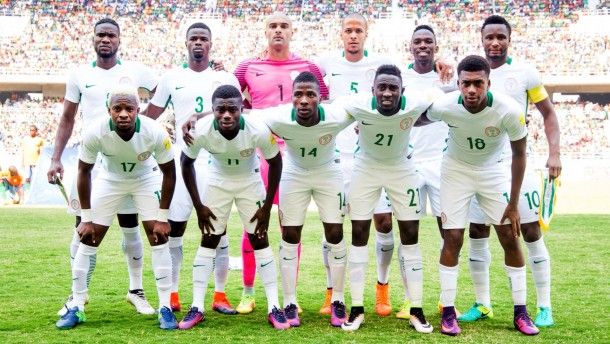 The latest FIFA Rankings released on Thursday has seen the Super Eagles of Nigeria move up four places.

The Nigeria national team who climbed to 42nd position in the world are also now the third-placed team in Africa.

Gernot Rohr's men enjoyed a remarkable time during the recent international window with wins against the Pirates of Seychelles and the Pharaohs of Egypt.

The three-time African champions beat Seychelles in their final 2019 Africa Cup of Nations qualifying fixture 3-1 and defeated Egypt 1-0 in an international friendly match.

The West Africans trail the Terangha Lions of Senegal and Carthage Eagles of Tunisia on the rankings in Africa.

Belgium remains in the top position in the world, with world champions France, Brazil, England and Croatia completing the list of top five teams in the latest FIFA Ranking.