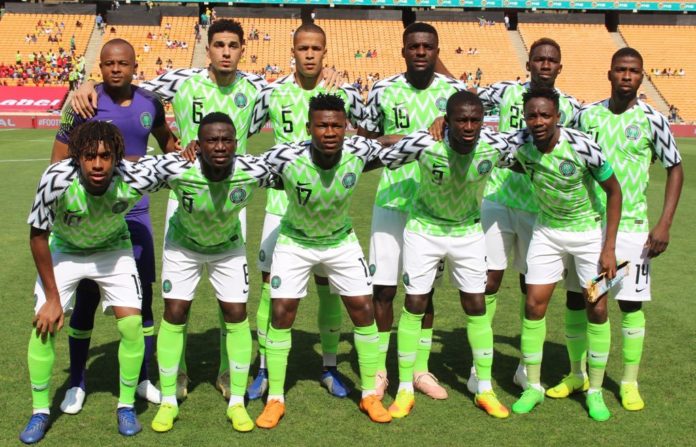 GoalBall learnt that, in contrast with permutations that the Eagles' qualification for the AFCON would take Nigeria higher on the rankings, the feat only keeps them fourth in the continent.

The latest FIFA ranking released on Thursday, reveals that the Eagles are behind Senegal, Tunisia and Morocco, but ahead of DR Congo, as the top five African countries.

On the overall scales, Nigeria have dropped two places in the FIFA world ranking and now occupy 46th position, while their next opponent in the 2019 Africa Cup of Nations qualifiers, Seychelles are 189th.

Interestingly, AFCON 2019 hosts, Egypt, who have an international friendly date with Nigeria in Asaba on March 26, stand at 57th in the world.

The Eagles, who ended FIFA world ranking 2018 in 44th, might have taken a slump in the first month of 2019 due to lack of national team activity.