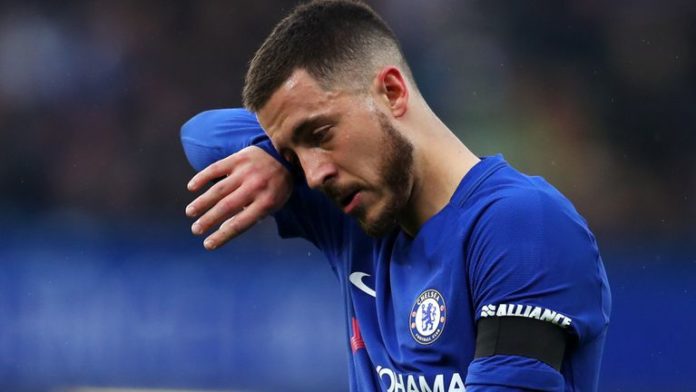 The Premier League season is now halfway through and so Chelsea will soon reveal their kits for the 2019/20 campaign.

The Blues are in their second year with the sportswear giant and it's fair to say that this year's designs have gone down well with a whole lot of fans, especially the yellow away kit.

The club will once again have three kits next season and information has suffaced on the internet about Chelsea's third shirt.

Nike tend to mix it up when it comes to the third kits, as they've done over the past two seasons, but it seems that the sportswear giant will be using colours that the FA Cup holders have worn in the past.

Footy Headlines reports that Chelsea's third kit will be black and orange next season.

The club last wore the colours during the 2010/11 season and it looks like they are set to make a return.

It is reported that the jersey will be largely black with orange logos, while Eden Hazard and others will also don orange socks.

The latest Chelsea third shirt will also have a retro feel to it with Nike reintroducing their classic sportswear logo which came out back in 1985.