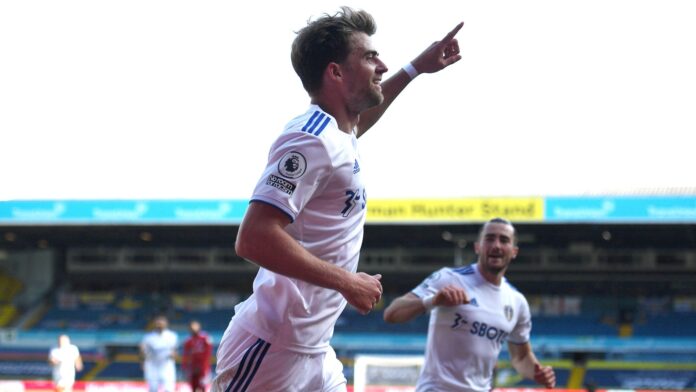 Leeds United survived the scare that Fulham could comeback to record their first win back in the Premier League with a thrilling 4-3 triumph at home.

United went ahead in just the fifth minute.

Koch's afternoon then took a turn for the worse in the 34th minute when the German conceded his second penalty in two games.

Yet just seven minutes later United were awarded a penalty of their own.

Record signing Rodrigo was then replaced by Tyler Roberts during the break and within five minutes of the restart United had put themselves two goals ahead.

Seven minutes later, United got the ball into the back of the Fulham net.

But Fulham still weren't done and the Cottagers pulled a goal back just five minutes later.

Incredibly, Fulham then made it 4-3 just five minutes later when Mitrovic headed home his second.

But United held on to record their first victory in the country's top flight for over 16 years.