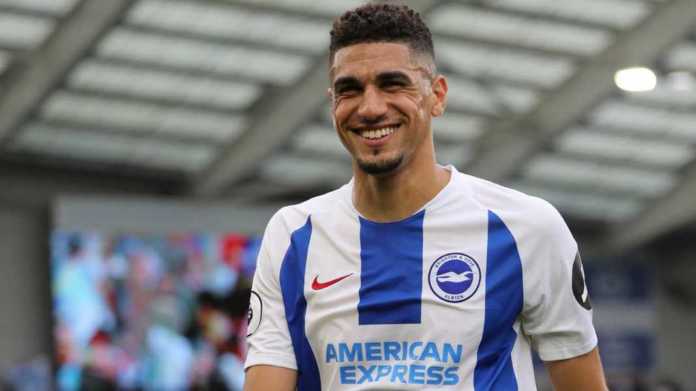 Leon Balogun has reacted to scoring his first Premier League goals for Brighton & Hove in the 3-1 win over Crystal Palace at the American Express Community Stadium on Tuesday night. The Super Eagles defender came in for Pascal Gross in the 28th minute due a red card was given to Shane Duffy forced Chris Hughton to shuffle his defence in the encounter.

The Nigeria international tweeted to celebrate his team performance at Amex Stadium.

OUTSTANDING team performance last night! Not easy being down to 10 men, but ur fantastic support from the stands made us compensate that! It’s that unity you could feel at the Amex last night that makes this club @OfficialBHAFC so special! #DerbyWinners#Best1stTouchOfMyCareer pic.twitter.com/FsBKSHT0k2

Balogun signed a two-year contract with Premier League club Brighton & Hove Albion last summer but made his competitive debut for the Sussex club coming on as an early substitute in the 3-2 loss to Manchester United replacing injured Lewis Dunk.

The defender has since made four appearances scoring one goal.