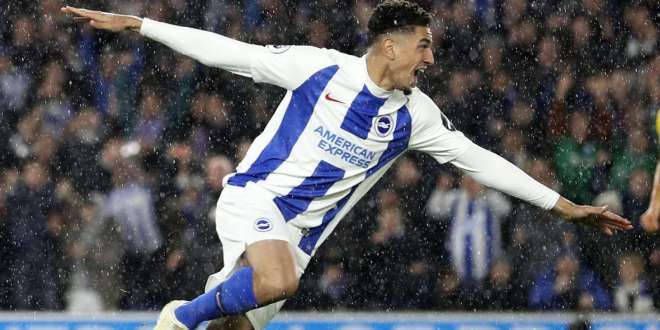 The Super Eagles defender has however introduced into the game with the home side already ahead through a Glenn Murray penalty.

A red card to Shane Duffy in the 28th minute, however, forced Hughton to shuffle his defence and introduce Balogun for Pascal Gross.

Just seconds into his appearance, the 30-year-old defender found the back of the net with his first involvement of the game.

The goal was the first for the Nigerian defender who moved to Brighton from Bundesliga outfit Mainz during the summer transfer window.

Balogun's goal came 25 seconds after he was introduced into the game and is the second quickest by a substitute in the Premier League this season.

The Nigerian centre-back helped Brighton maintain a solid defence and despite a late goal by Crystal Palace they still held on for the win.

Balogun will be in action again when Brighton travel to face Burnley on Saturday, December 8.