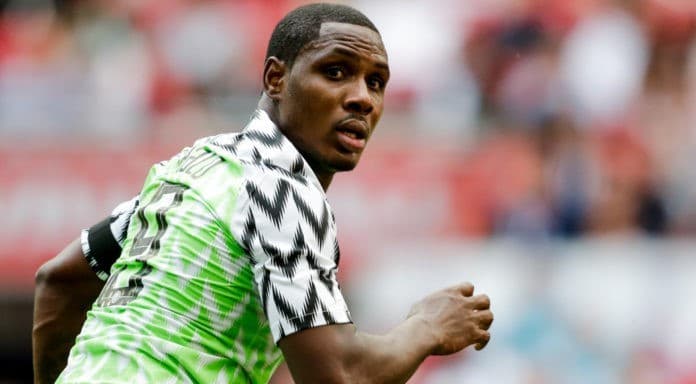 Nigeria are inches close to booking their place at the 2019 Africa Cup of Nations courtesy of a 3-2 victory over Libya in Sfax this evening.

The Super Eagles needed a magical performance to pick three points at the Taïeb M'hiri Stadium.

Gernot Rohr's men now need three points from their final two matches against South Africa and Seychelles to guarantee their place at Cameroon 2019.

Alex Iwobi played a one-two with Ahmed Musa before the former CSKA Moscow forward teed up Odion Ighalo who swept the ball past the statuesque keeper in the 13th minute.

Four minutes later, Ighalo turned provider for Musa as he picked out the captain with a well-crafted pass before the latter prodded home under pressure.

It was a better end to the first half from Libya, and they reduced the goal difference through Mohamed Zubya.

Ahmad Benali forced a stop from Francis Uzoho as the Mediterranean Knights had a bright start to the second half.

The hosts did level matters, as Benali fully redeemed himself with a perfect finish.

It capped a much-improved performance in the second half from Libya.

Ighalo had the final say with the game-winner for the Super Eagles in the 81st minute of action.

The three-time African champions did a good job of seeing the game out in the closing stages.

Nigeria, meanwhile, are now just one point clear of second-placed South Africa, whom they face in the matchday5 of the AFCON qualifiers.