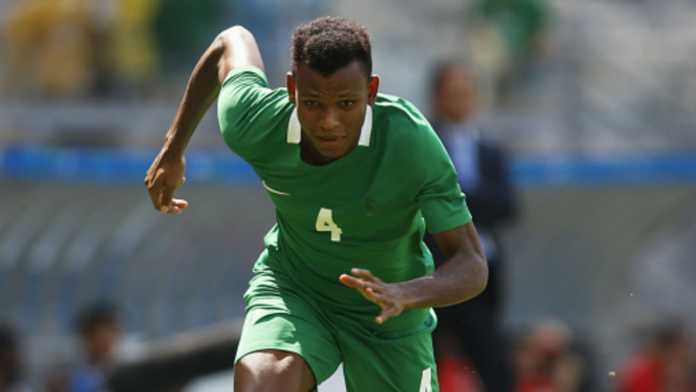 Gernot Rohr has announced that Shehu Abdullahi will not be available for the return leg of the Africa Cup of Nations qualifier against Libya on Tuesday in Sfax owing to the injury he sustained on Saturday,

The Super Eagles defender was substituted in the 18th minute of the match and was replaced by Ola Aina as Nigeria crushed the Mediterranean Knights 4-0.

The Super Eagles boss said that he does not expect the injury to rule the Bursaspor man out for a long time but he would need a lot of rest to ensure that he recovers speedily and so he has been excused from the AFCON qualifier against Libya on Tuesday.

“Shehu cannot play on Tuesday and we already, we lost Onazi to inflammation of the Achilles and he won’t be available for the game with Libya in Tunisia also,” Rohr told the media.

“We have 22 players now ready for the game on Tuesday. We will stick with these players and are hopeful of a good result in Tunisia because it is a neutral ground for both nations.”

However, Rohr confirmed that there won’t be fresh call-ups as he hopes to continue with the remaining players for the crucial encounter in Sfax