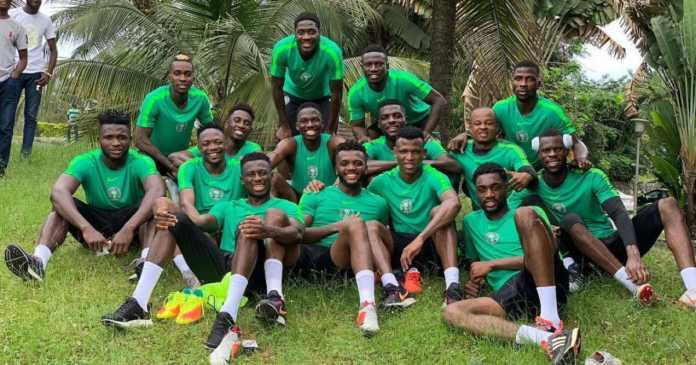 Gernot Rohr has reportedly called for a team meeting with Super Eagles players which will begin at 1200 hours at the Zeitouna Hotel in Sfax.

According to Allnigeriasoccer, the Super Eagles manager will discuss his tactics for tonight's match for the final time before they head to the Stade Taïeb Mhiri and it is believed that he will announce his starting line-up during the meeting.

The German is not thinking of making drastic changes to the starting line-up in the match day four fixture against the Libyans which is the main reason the starters in Uyo underwent recovery drills for two successive days.

Local club CS Sfaxien have set the ball rolling to mobilize few of their fans to cheer Nigeria against Libya and have planned a meeting with the leadership of the Nigeria Football Federation before the match.

CS Sfaxien want to show their admiration to the NFF for the transfers of international players Kingsley Sokari, Junior Ajayi and Kingsley Eduwo in the last three years.

The Tunisian club chiefs will also talk about the possibility of the Flying Eagles playing a friendly with the Tunisian topflight club in the not too distant future.