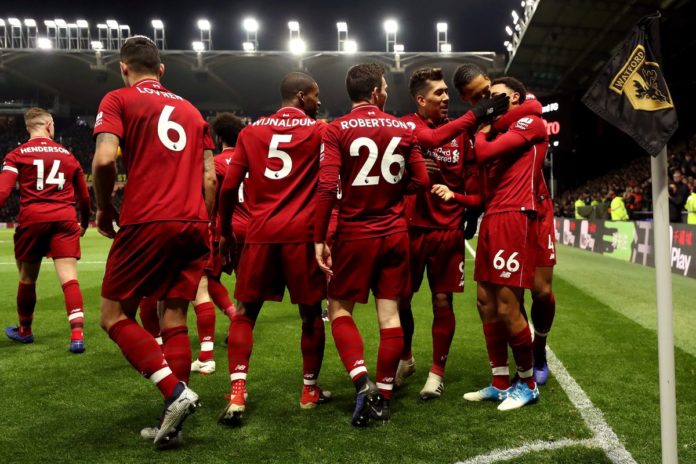 Naby Keita and Trent Alexander-Arnold will both be recalled as Jurgen Klopp prepares to ring the changes for Liverpool's Premier League showdown with Watford at Anfield.

The Reds’ boss explained that he went with a midfield trio of captain Jordan Henderson, Fabinho and Gini Wijnaldum at Old Trafford as a result of United's “Physical strength” and “The need to be mature in these games”.

Alexander-Arnold should also be restored to the starting lineup at right-back after the Liverpool manager opted to play James Milner there at the weekend.

Liverpool deeply missed Alexander-Arnold's energy and quality deliveries from wide areas with Milner struggling to have any impact in the final third.

Alexander-Arnold scored in the 3-0 win Liverpool enjoyed over Watford at Vicarage Road back in November.

Klopp must also make a decision on how best to cope without striker Roberto Firmino, who is highly not likely to feature due to an ankle injury.

Daniel Sturridge and Divock Origi are also options for Klopp through the middle if he wants to keep Salah out wide.