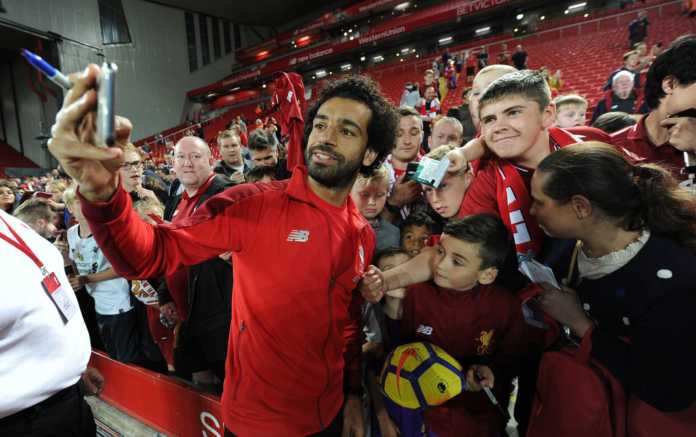 The young centre-forward quit the club on Friday after suffering a case of Groundhog Day in Merseyside.

Solanke never started a league game for Chelsea where he came through the youth ranks and hoped Liverpool would present greener pastures when he signed in 2017.

The 21-year-old has now been offloaded for £19million to Bournemouth, with Liverpool announcing the sale on Twitter.

The comments underneath the post were flooded with theories from Anfield faithful, however, the subject of which is German striker Timo Werner.

The 22-year-old has 11 goals in 17 Bundesliga appearances this season and has established himself as one of the most prolific strikers in European football over the past three seasons.

RB Leipzig CEO Olivier Mintzlaff even admitted this week that the 22-year-old, whose contract expires in June 2020, could leave in January.

“A club like us cannot afford to go with Timo Werner in a final contract year,” Mintzlaff said.

“It’s logical that such a player should be courted by clubs that have a very different sporting perspective and different financial possibilities than we have.”

That news, along with Solanke’s departure, has now stoked belief among Liverpool fans that Werner will be coming to Merseyside.

A thrilled fan posted a picture of Naby Keita and Werner in response, saying: “Bring them back together.”