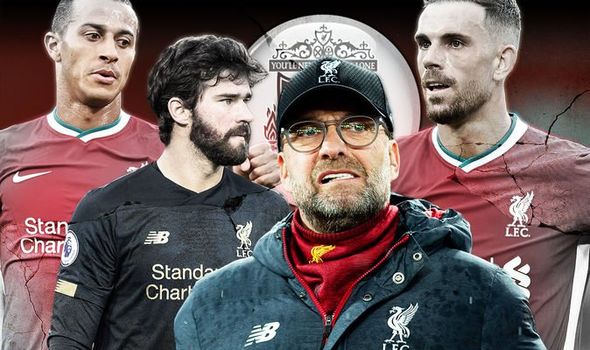 Liverpool will take on Arsenal at Anfield, with both sides looking to extend their perfect starts to the Premier League season.

And now Jurgen Klopp is facing a massive selection headache, with Thiago Alcantara and Alisson major doubts for the clash with Mikel Arteta’s side.

The Reds are already without captain Jordan Henderson for the visit of the Gunners, who have made a 100% start to the season.

Klopp’s side have also won their opening two league games but could be forced to play Arsenal without two expected starters.

Alisson has emerged as one of the top keepers in European football since his switch from Roma.

But the Brazilian, along with new signing Thiago Alcantara have missed the last week’s training at Melwood.

Thiago made his debut in the win over Chelsea, but will undergo a late fitness test to confirm his availability for Arsenal.