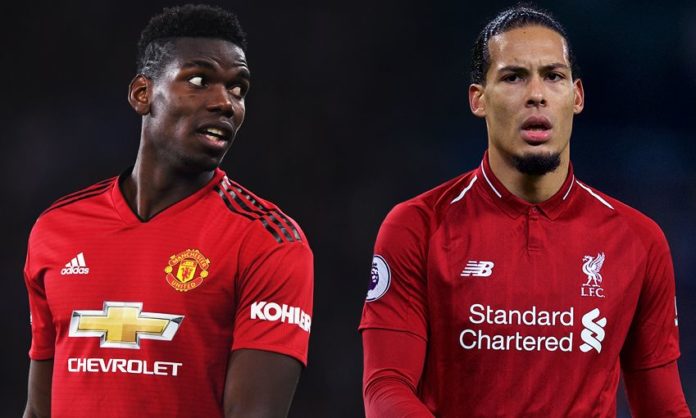 Virgil Van Dijk is expected to return from European suspension as Liverpool travel to Old Trafford to take on Manchester United in the north-west derby.

Jurgen Klopp faces the choice between Joel Matip and midfielder Fabinho, who impressed as a defender against the German club, to partner Van Dijk.

Speaking in his pre-match press conference, the Liverpool boss said: “It's really good to have him [Van Dijk] back, of course.

“It's the first time for I don't know how many weeks that we have to make a choice between midfielders, full-backs, even centre-half if I think about Fabinho again in that position.”

Otherwise, Alisson will start between the sticks while Trent Alexander-Arnold and Andy Robertson will occupy their usual positions at full-back.

Klopp faces a selection dilemma in midfield, assuming Fabinho starts at the back.

Jordan Henderson impressed against Bayern Munich so will likely continue to anchor the midfield.

Georginio Wijnaldum is sure to start while James Milner could get the nod over Naby Keita.

Mohamed Salah, Sadio Mane and Roberto Firmino are guaranteed to line up in attack barring any last-minute injuries.

Rhian Brewster and Alex Oxlade-Chamberlain are both making progress after long-term injuries but neither will return this weekend.