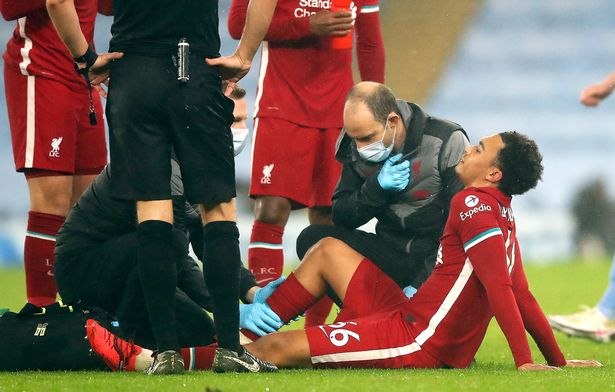 Liverpool's injury woes seem to be piling as they've been handed another one in the season they hope to defend their Premier League title.

Trent Alexander-Arnold has been ruled out until mid-December after he suffered a calf injury in the Reds’ 1-1 draw at Manchester City on Sunday.

Jurgen Klopp had to pull out the England international from the game in the second half and was replaced by James Milner.

The 22-year-old right-back is also a major doubt for the match against Ajax in the Champions League in December and the fixtures against Wolverhampton Wanderers and FC Midtjylland.

Arnold is the latest star player to have suffered an injury after Virgil van Dijk sustained a heavy knee injury in October and Fabinho injured his hamstring two weeks ago.

While the Brazilian is expected back after the international break, Van Dijk will be out for the remainder of the season after the Dutchman was operated on his knee.