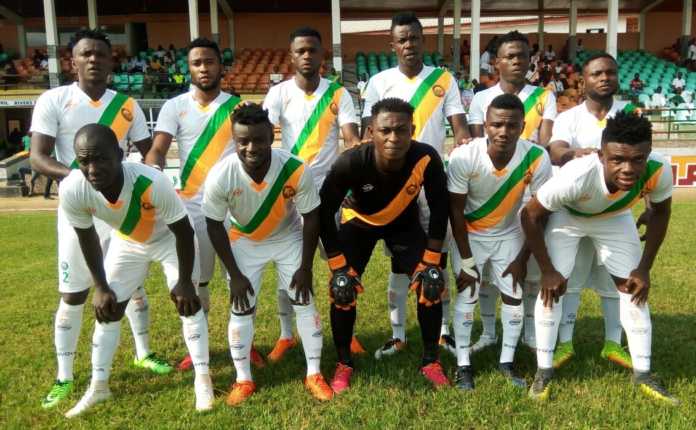 Vice chairman of Lobi Stars, Mike Idoko has announced that the Pride of Benue are looking at strengthening their squad with four players ahead of the group stage of the CAF Champions League.

The draw for the group stage of the profitable club competition will be done on Friday in Cairo and the Orthom Boys are expected to know the other three teams they will be facing.

“We are thankful to God for allowing us to scale through to the group stage of the CAF Champions League. We have got one of the hurdles out of the way and we are glad that has been settled,” he told Goal.

“We are going to do a lot before the start of the group stage including registering four new players. We have got the input of the technical crew and we are working on ensuring that we get the players that they have asked for.

“Lobi Stars will be ready for the start of the group stage and we promise to make Nigeria proud.”

The former Sunshine Stars official pleaded with the teams in the top flight to help release the players they have spotted in the spirit of oneness knowing that they are representing Nigeria.

“As we go in search of these players, it is our appeal to clubs where we have identified those that will be added to be considerate to us with their value on the players,” he added.