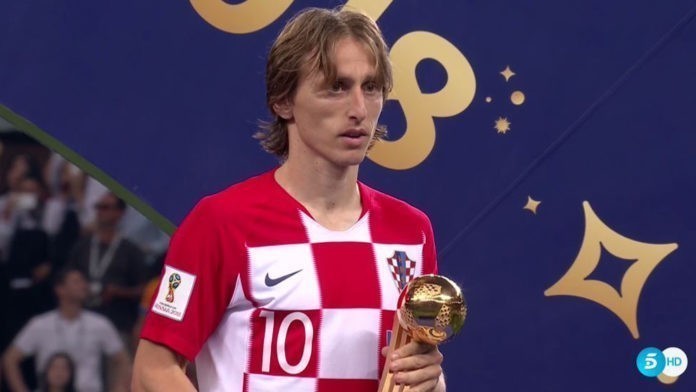 FIFA has named Luka Modric as the winner of the Golden Ball award at the 2018 World Cup.

The Croatia captain picked up the award for best player at the tournament ahead of Belgium's Eden Hazard and France's Antoine Griezmann after helping his side to the final.

Although the  32-year-old finished on the losing side as France beat them 4-2 at the Luzhniki Stadium, he, even so, became the first Croatian to win the coveted accolade.

Modric scored two goals and had one assist during the seven matches in Russia, leading his team to two penalty shootout wins in what was Croatia's best ever showing in the World Cup.

At 20th in FIFA's world rankings, the Croats were the lowest-ranked team to reach a World Cup final, and the 13th different nation to do so.

The award for the young player of the tournament was given to France's Kylian Mbappe, while Belgium goalkeeper Thibaut Courtois won the Golden Glove, also England captain Harry Kane claimed the Golden Boot.