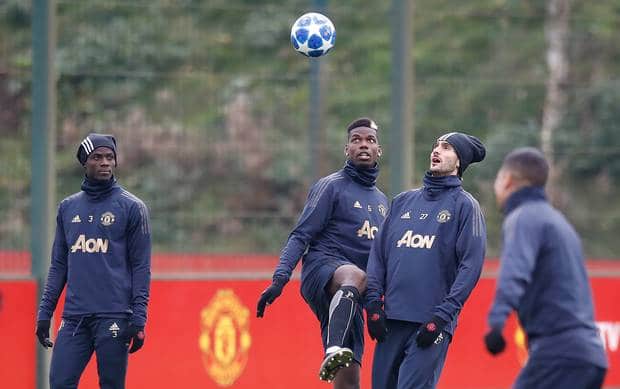 Romelu Lukaku has been reported absent from Manchester United’s training session ahead of their Champions League clash with Juventus in Turin.

The striker, who is out-of-form at the moment, was dropped for United’s victory over Everton 10 days ago then missed out on the squad entirely for the weekend’s win at Bournemouth after picking up an injury in training.

Defender Diogo Dalot, who has only made two appearances since signing from Porto, also missed out but Antonio Valencia and Marouane Fellaini did take part in the session at Carrington ahead of United’s trip to Italy.

Valencia has been sidelined for a month while Fellaini picked up a groin injury on international duty with Belgium last month.

Jose Mourinho’s side are looking to play for second place in their group after losing 1-0 to Juventus at Old Trafford two weeks ago.