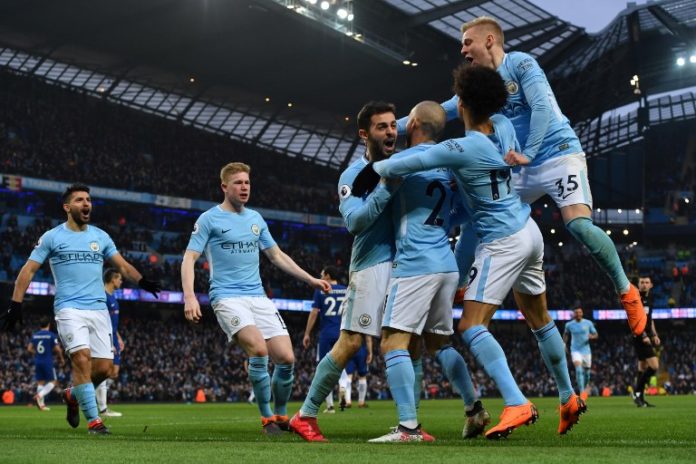 Manchester City are bracing themselves for a fresh bid from Bayern Munich for the services of Leroy Sane.

According to Mirror, the English champions are still expecting Bayern Munich to come up with an improved bid for Sane.

The Manchester City star is expected to leave the club this summer, after failing to agree to a new contract at the Etihad, with the Bundesliga champions emerging as the likeliest suitor.

Bayern were closing on the capture of the German international last month. But, their £70 million offer was reportedly rejected by City.

It is now believed that the Premier League champions are expecting over £100 million for the German international – as stated in the report.

Therefore, the Bavarians need to break their club record fee of £72 million they paid in order to attain the services of Lucas Hernandez if they are to sign Sane this summer.

Sane could be a viable replacement for the departing duo of Arjen Robben and Franck Ribery next season.

As for Pep Guardiola’ side, the departure of the German attacker won’t be that big of a blow given the fact that both Bernardo Silva and Raheem Sterling have stepped up to the plate in the recently concluded season.

But, at the same time, selling Sane for a fee around £90-100 million could help the Sky Blues fund move for top-target Joao Felix.