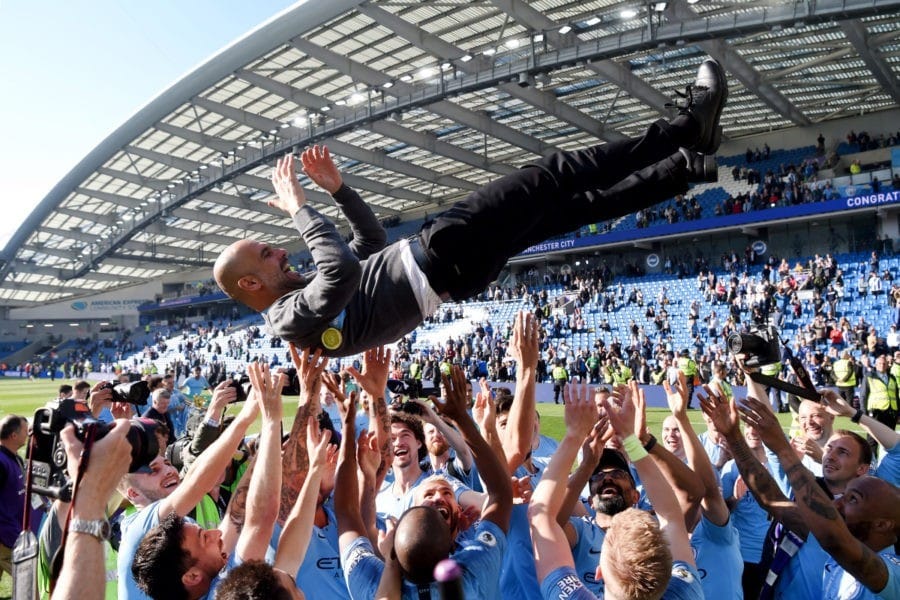 Man City are prepared to loan Joao Felix back to Benfica for a season with the aim of beating Man United and others to the youngster’s signature.

Felix’s impressive season with Benfica has seen several clubs take an interest in him, with the Mirror stating that Man City, Man United and Atletico Madrid all in the hunt for the player.

SEE ALSO: The Three Chelsea Players Who Could Join Maurizio Sarri At Juve

It remains to be seen which club will end up signing the 19-year-old this summer, however following this story, it seems like City may have the edge in the race for Felix.

According to the same article from the Mirror, City are willing to loan Felix back to Benfica for the whole of next term as they look to beat clubs to the signing of the teenager.

The £105M-rated attacker bagged a total of 20 goals and 11 assists for Benfica last season, a really impressive return for a player who’s still just a teenager.

It appears like Felix could be the next big thing in world football, hence it’s not a shock to hear that a number of clubs are competing for his signature.

City already have a whole army of talent to pick from in attack, so it’s somewhat odd to hear that they’re in the race for the 19-year-old.

However, if signing Felix means that their rivals United can’t get their hands on him, it may be worth City doing all they can to ensure they sign him.