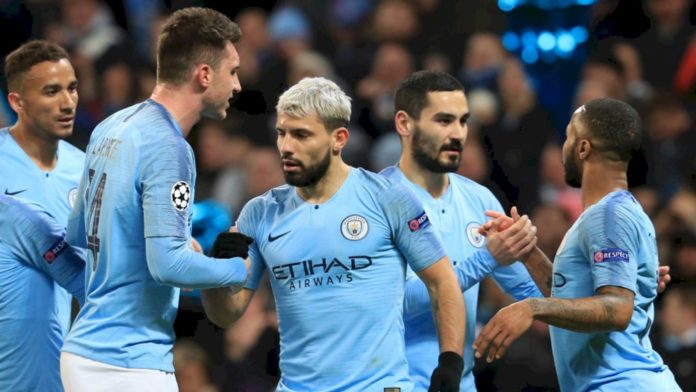 Man City face Tottenham Hotspur in the Champions League quarter-final next month, and there could be a boost for Mauricio Pochettino's side.

The first-leg set for the Lilywhites' brand new stadium isn't for another three weeks, but MAn City have been dealt a potential double injury blow with two players withdrawing from international duty.

“James Ward-Prowse has been called up to the England squad ahead of the UEFA EURO 2020 qualifiers against the Czech Republic and Montenegro,” a statement from the FA reads.

“The Southampton midfielder, who won his only senior cap in March 2017, will link up with the Three Lions at St George's Park on Monday afternoon.

Fortunately for the Etihad Stadium outfit manager, Pep Guardiola, Delph does have the two-week international break to hopefully nurse the duo back to fitness, but it's unknown as to how long they could be out of action for.

With April shaping up to be an important month for the Spaniard's hopes of winning the quadruple, he's explained that the likes of Sergio Aguero, Aymeric Laporte and David Silva who are not involved with their respective national teams will be training during this period in order to stay sharp for upcoming fixtures against Fulham and Spurs.

“They have to train, they will have a programme to train every day a little bit, and after you have one week to prepare for Fulham and the next games,” Guardiola said, as reported by the Manchester Evening News.

“Then we have Cardiff in midweek before the Tottenham first leg we have the FA Cup semi-finals at Wembley so it's crazy.

“The fixtures we have in April, that is why we need everybody.

“Everyone is going to play especially John [Stones], Kevin [De Bruyne] and Benjamin [Mendy], and all the players come back because we need everyone.”