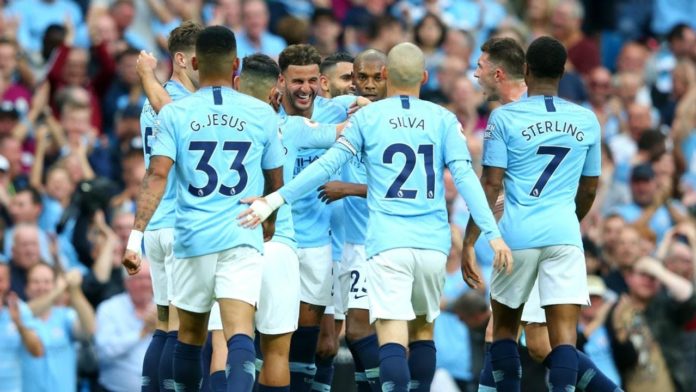 Following a rare full week without a game, Manchester City have the opportunity to stretch their lead at the top of the Premier League table when they face Watford on Saturday evening.

City currently have a one-point advantage over title rivals Liverpool but, as the Reds don't face Burnley until Sunday afternoon, that lead could be stretched to four points with a victory at the Etihad.

Watford currently sit eighth in the table, equal on points with Wolves on 43, and have developed into a tough team to beat, potent counter-attacking side under Javi Gracia.

With the threat, Watford can cause and the importance of leading the table it appears likely that Pep Guardiola will name as strong a side as possible against the Hornets, even with the Champions League last-16 second-leg against Schalke coming up on Tuesday.

Kevin de Bruyne was also struck with an injury against the Cherries, with the Belgian play-maker leaving the pitch in the first half clutching his hamstring and is not available against Watford.

Optimists may hope for Phil Foden to get his first Premier League start but it seems a lot more likely that Bernardo Silva will drop into midfield to play alongside Ilkay Gundogan and David Silva.