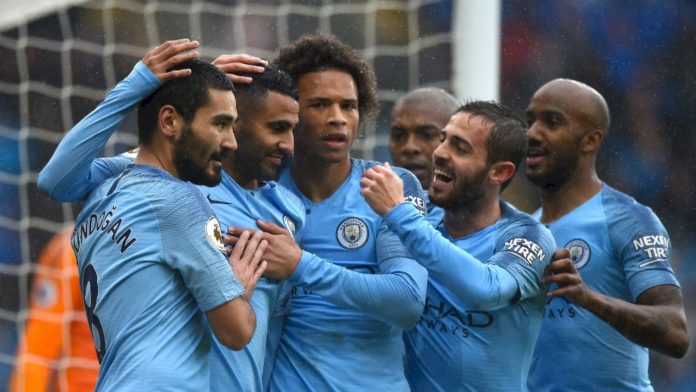 Manchester City will be in action against Cardiff City this evening and will be looking to reclaim top spot from Liverpool.

Pep Guardiola's side currently trail league leaders Liverpool by two points, though they do have a game in hand on the Reds.

Standing between City and the top of the table are relegation battlers Cardiff, who travel to the Etihad on the back of a controversial loss to Chelsea.

The defending Premier League champions will have to face the Welsh side without the services of their star striker Sergio Aguero.

The Argentina international was replaced by Gabriel Jesus in the second half of City's 2-0 win over Fulham with a tight hamstring.

Jesus is expected to lead the line against Neil Warnock's side.

Leroy Sane is expected to be handed a starting berth following his omission from last weekend's match at Craven Cottage.

Danilo, John Stones and Fernandinho are also expected to return to the fold, coming in for Kyle Walker, Nicolas Otamendi and Ilkay Gundogan respectively.

Apart from Aguero's absence, the Citizens have no new injury concerns for this evening's match.

Guardiola's troops are on course for an unprecedented quadruple.