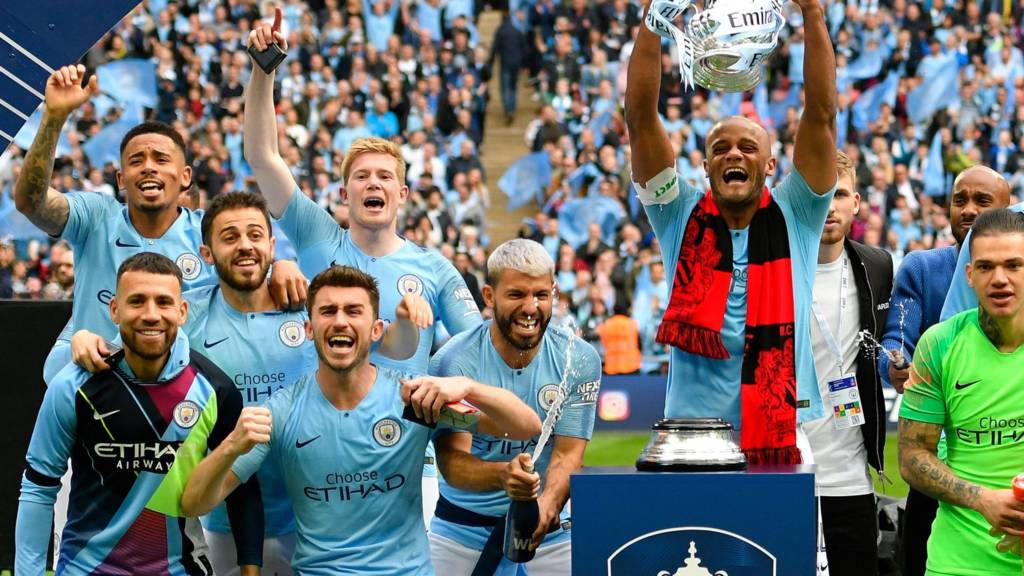 See why Pep Guardiola is so taken by Bernardo Silva?! There is nothing he can't do!

Not only is Bernardo a superbly creative footballer, with a fine eye for a pass whether dictating play in midfield or causing mayhem on the wings, but he is also a dogged workaholic.

While the spot of head tennis between David Silva and Raheem Sterling will dominate the highlights of Manchester City's opening goal, it was Bernardo tackling the ball and winning it back from the physically imposing Abdoulaye Doucoure that began the move.

This is what Guardiola loves, that fight the Portuguese playmaker brings to the pitch.

But he also loves the touch and his knack to find space.

There looked to be nothing on when Bernardo had the ball just outside the Watford box towards the end of the first half. He found a completely weighted ball to Gabriel Jesus and City were on their way to the treble.

Bernardo displayed how good he is out wide with the assist for Sterling's second goal.

Guardiola has told his players that it's Bernardo and 10 others in the side these days and on this evidence, you can see.

He combines the grit and the glamour flawlessly.  ‘A masterpiece every week' as Pep said recently.

The Portuguese is beloved by this City squad, the down to earth joker in the pack.

He doesn't fit the mould of football's charm with the individual, but if he keeps this level of performance up for another season, he's a Ballon d'Or winner in waiting.

Is he the most complete footballer on the planet? That’s the direction he's heading.