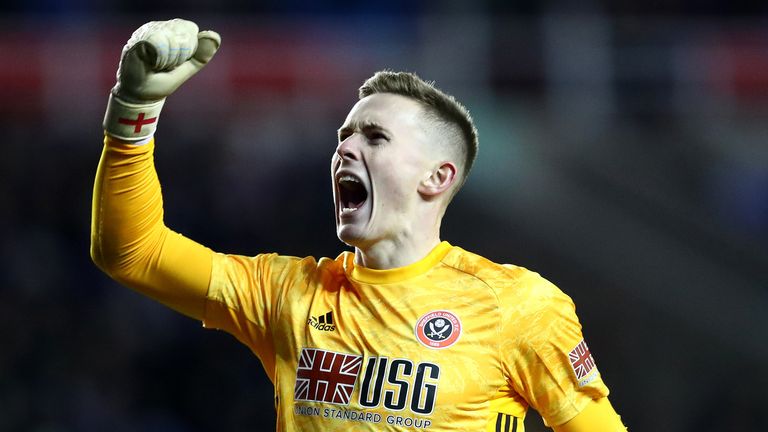 Manchester United are considering to send Dean Henderson out on loan during the January window.

The English goalkeeper returned to Old Trafford this summer after two seasons with Sheffield United and it was expected that Henderson would fight for a spot in goal with David de Gea.

But the Spaniard has returned to his best form this season, keeping Henderson on the bench.

United are unhappy with the situation at the moment as they feel Henderson needs regular first team football to keep developing his potential.

However, they have the full confidence in De Gea and aren’t planning on dropping the former Atletico Madrid man anytime soon.

Therefore Ole Gunnar Solskjaer’s side are considering to send Henderson out on loan in January.

If Henderson does complete a temporary move away from Old Trafford, it would increase Sergio Romero’s chances with the first team.

The Argentinian is unhappy at United after he lost his place behind De Gea to Henderson.

Romero tried to leave the club during the summer but the Red Devils rejected to approve a transfer.

The 33-year-old’s contract expires after the season and United could keep him at the club if Henderson is sent out on loan.