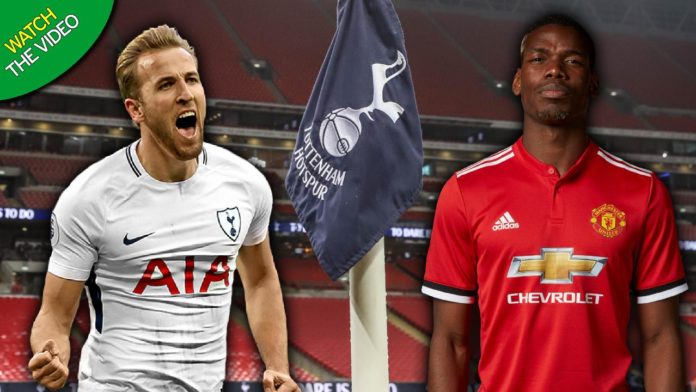 With a couple of hours before the Man United vs Tottenham game, the Manchester Evening News have revealed Man United’s supposed XI team sheets.

While M.E.N note that the XI remains “unconfirmed”, they also say it’s the “expected team”.

Romelu Lukaku has rediscovered his scoring touch in recent weeks and has scored in Man United’s last three games in all competitions.

Lukaku and Alexis Sanchez are likely to be named on United’s bench.

One of the big stories in the press on Sunday is the Telegraph’s claim that Man United are looking at Gareth Southgate.

Tottenham’s Mauricio Pochettino remains the preferred option, but that deal may prove too tough for United.

Here is the CONFIRMED LINE-UP for Spurs vs United:

The story got a lot of mixed reaction. See them below:

Is the @ManUtd job bigger than the @England job for Gareth Southgate? ?@domfifield says the timing doesn't feel right, but Southgate may move back into club football at some stage in the future…⏳

What a dreadful show this is on @5liveSport right now just dismissing stories as ‘rubbish’ like they know. This is absolutely unlistenable with people talking over each other,

Truly shocked that a @bbc5live show would describe a story from @TelegraphSport written by journalist @SamWallaceTel about Man U being interested in Southgate as “made up” and complete rubbish. It was Sam who got the Solskjaer story before anyone else last month btw

“Sky sources.” Remarkably, this story was broken by @SamWallaceTel earlier in the evening. https://t.co/sSKMyZ2VSg