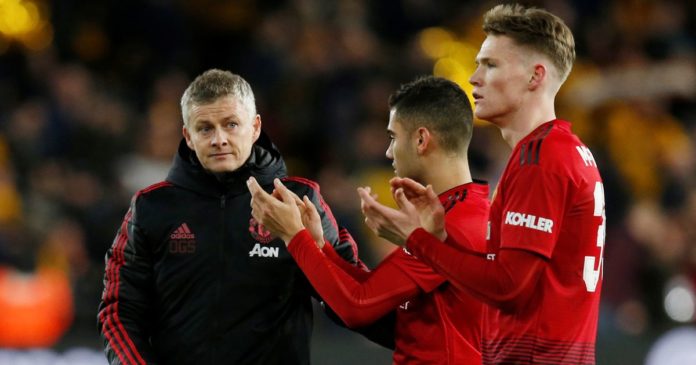 Manchester United are closing in on a £71m deal to sign Bruno Fernandes ahead of Manchester City, according to reports in Portugal via the Sun.

The Portuguese international joined Sporting from Sampdoria in 2017 and has been a key player for and his sensational form has caught the eye of clubs here in the Premier League with both Manchester clubs strongly linked in recent weeks but it looks as though Pep Guardiola could miss out on Fernandes to his rivals.

The Sun claims the Red Devils are ahead of City in the race to sign Fernandes with United believed to be closing in on a potential deal worth around £71m.

The Portuguese outlet says Ole Gunnar Solskjaer has made the exciting attacker one of his prime transfer targets and the Red Devils are now pushing to get a deal wrapped up after outmanoeuvring City in the chase to land Fernandes.

Paul Pogba, Alexis Sanchez and Anthony Martial are being linked with moves away from Old Trafford so Solskjaer’s side need to bring in attacking reinforcements and it seems Fernandes is firmly on their radar.

The 24-year-old is a central attacking midfielder who operates behind the forwards so his output is superb.