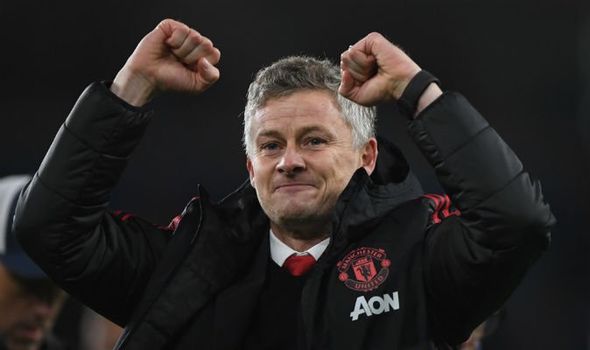 Ole Gunnar Solskjaer has now been made Man Utd new manager (on a permanent basis) following a three-hour dinner with the club executive vice-chairman Ed Woodward, but no official announcement will be made until summer.

According to The Sun, Man Utd new manager, Solskjaer, has impressed and performed beyond expectations since taking over from the sacked Jose Mourinho last December, leading the side to the fourth position in the Premier League after eight league wins and a draw in nine games.

The Red Devils have lost just once in 12 games across all competitions under Solskjaer, and with Sir Alex Ferguson's full support and Woodward's, the club are happy to make him the Man Utd New Manager permanently.

Tottenham Hotspur boss Mauricio Pochettino was widely regarded as favourites for the job, but with the Old Trafford outfit set to move to a new stadium soon and most likely start spending in subsequent transfer windows, it's almost impossible to see the Argentine walking away.

A rejuvenated United side handed Spurs a 1-0 defeat at Wembley, just six games into the former Red Devils striker’s reign, and if that game was an audition for both managers, the Norwegian came out tops.

The north London side are now playing attacking and entertaining football, something the fans have longed for since Ferguson's departure, and the interim boss is becoming increasingly popular with both players and fans.

A greater part of the players have backed him and assistant Mike Phelan for the job, and going by that dinner with Woodward, it seems a deal has already been wrapped up to anoint Solskjaer as Man Utd New Manager.