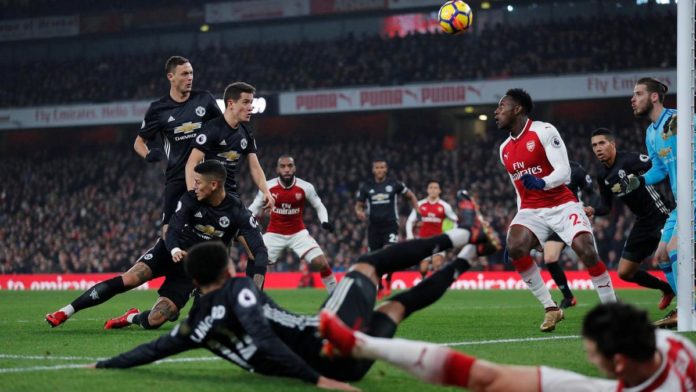 Arsenal have started talks over a summer deal for reported Manchester United target Samuel Umtiti, it is claimed.

Recent reports have suggested that Barcelona are firmly considering selling Umtiti this summer to help fund their other transfer dealings.

With Gerard Pique firmly established, the Catalan giants are expected to push through a huge summer swoop for Ajax teenager Matthijs de Ligt, fuelling rumours they are ready to cash in on the former Lyon star.

Earlier on Thursday, it was claimed that Barca have already circulated Umtiti's name around Europe's top clubs, informing them that bidding for the France defender would start at €70m.

Now, Italian outlet La Gazzetta dello Sport has provided a vital update on the situation by suggesting that Arsenal have stolen a march on their top four rivals United.

They report that the Gunners are in talks with Barcelona over a deal for Umtiti, who they view as the ideal option to bolster a suspect back line.

SEE ALSO: Bobby Adekanye Explains Why He Lost Confidence In Liverpool And Will Quit This Summer

A fee of €70m would make the 25-year-old the third most costly central defender in history behind Virgil Van Dijk and Lucas Hernandez.