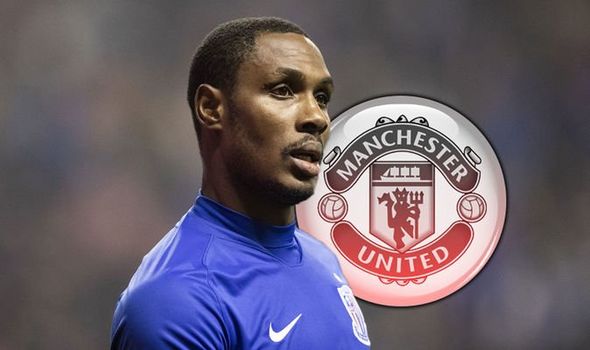 The former Nigeria international joins United on a six-month loan deal to become the first Nigerian to play for the Red Devils.

Speculations intensified a few hours before the deadline that the 20 times Premier League champions are looking to bring in the former Watford striker on a loan deal.

Although it was reported that they agreed personal terms with Ighalo, there were fears the deal will not be concluded before the transfer window shuts down.

However, the fears were allayed as Ole Gunnar Solskjaer’s side finally got their man before the close of the window.

A statement on Man United’s official website read: Manchester United can confirm that Odion Ighalo will join on loan from Shanghai Greenland Shenhua until the end of the season.

It will be Ighalo’s second spell in the PL after making 55 appearances for Watford.

The 30-year-old  was brought in to help solve Solskjaer’s attacking struggles following the injury to Marcus Rashford.