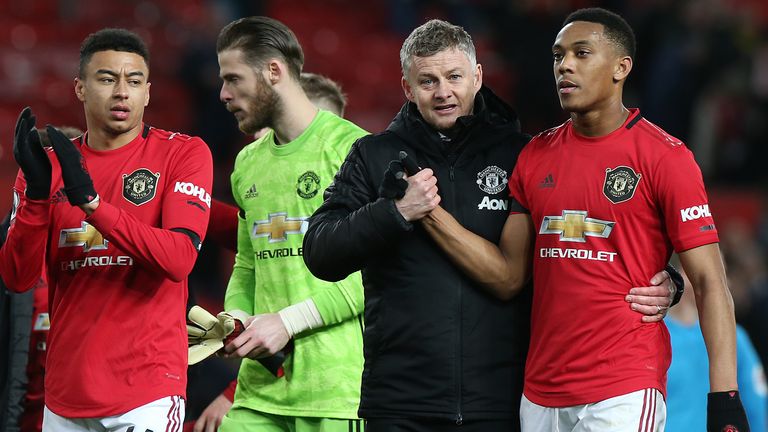 Some of the pressure was lifted off Manchester United boss Ole Gunnar Solskjaer when he steered his side to a 3-1 win over Everton on Saturday.

But the Red Devils players reportedly have two concerns about their manager despite their 3-1 win at Goodison Park.

The result means that the Norwegian’s job is safe for the time being.

But, despite that, talk of Mauricio Pochettino taking over continues to gather momentum.

Yet the Daily Mail say United players have concerns over his tactics and formation, despite liking Solskjaer.

His popularity is considerably higher than that of Jose Mourinho and Louis van Gaal during their time at the club, with both men clashing with players throughout their reigns.

But it appears they’re still doubtful of Solskjaer and whether the 47-year-old’s got enough in his locker to steer the team back to the top of the Premier League table.

United have already sounded out Pochettino about the possibility of him taking over.

The Argentine remains available, having been out of work since being sacked by Tottenham back in October 2019.