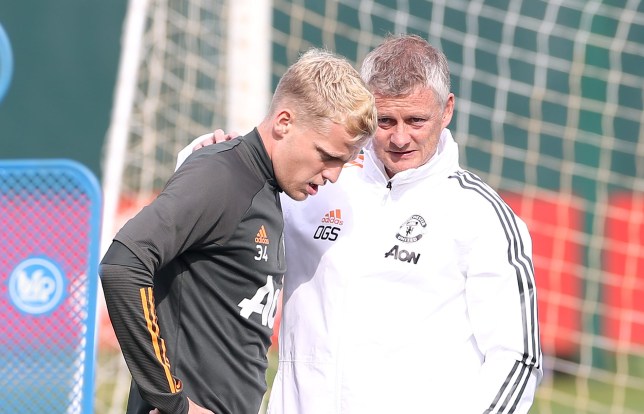 Manchester United star Donny van de Beek is yet to make a Premier League start for his new side.

But Ole Gunnar Solskjaer has assured fans would ’see him’ as he has ‘impressed’ ahead of taking on Chelsea.

Speaking in a pre-match press conference, the Norwegian said: “He’s [Van de Beek] an absolutely top footballer and personality, so humble and hard-working but also, of course, eager to play more.

“You’ll see him throughout the season, it’s going to be a long, long season and he’s impressed me.

Van de Beek grew up at Ajax, joining the Dutch side as an 11-year-old as he made 175 senior appearances.

Scoring 41 goals from midfield, the 23-year-old also played a big part in the Eredivisie side’s run to the Champions League semi-final in the 2018/19 season.

But Peter Crouch suggested last month that the Dutchman was not needed Man Utd.

And Solskjaer’s side are putting van de Beek on a training programme that Bruno Fernandes and club legend Cristiano Ronaldo have been put through.

The Red Devis take on Chelsea at Old Trafford on Saturday at 5:30pm.