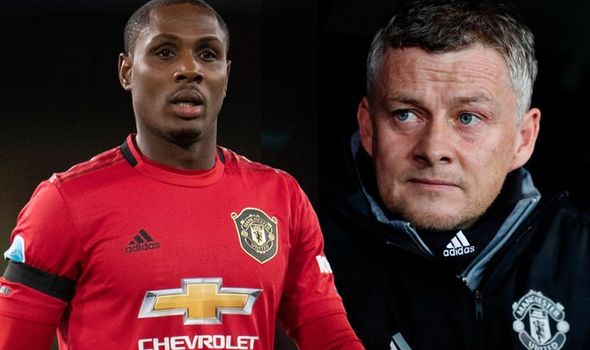 Ex-Super Eagles forward Odion Ighalo is set to make his home debut for Manchester United as he faces former side Watford in the Premier League fixture this weekend.

United boss Ole Gunnar Solskjaer is hoping the Nigerian can net his first goal for the club when he faces former side Watford in the Premier League today.

The Red Devils host Nigel Pearson's side at Old Trafford on Sunday afternoon knowing another win will see them move up to fifth place in the division.

It is set to be a special day for January arrival Ighalo who could make his home debut this weekend. The 30-year-old scored 16 goals in 55 Premier League appearances for Watford.

The Nigerian would love to net a dream goal at Old Trafford but Solskjaer knows his side will need to be at their best to beat Watford having lost to them in December.

The Hornets won in style at Vicarage Road two months ago but Solskjaer believes Ighalo has what it takes to add to the attacking style of play he is hoping to implement this weekend.

“It will be a special day for him and hopefully he can add to that goal tally in the Premier League but against them,” Solskjaer told MUTV.

“So hopefully we can get at them and be on the front foot and press them, and also with the ball be more decisive with our passing and play through them, around them and get crosses in, and put pressure on them.”