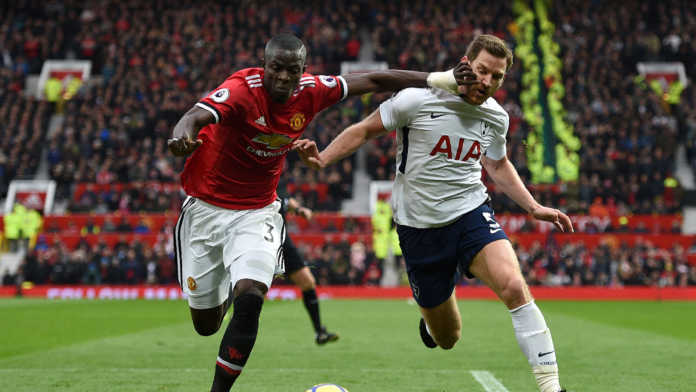 Eric Bailly may perhaps be set to depart Manchester United with Arsenal among the clubs believed to be interested in the defender.

The 24-year-old started the first two games of the season for United but manager Jose Mourinho seemed to have placed the blame on Bailly for defeat at Brighton.

Since the loss at the Amex, Bailly has been dropped from Mourinho’s starting XI and only used as a late substitute.

The Ivory Coast international was signed by Mourinho for £30million in 2016 but has failed to impress since his signing and he may well now be left with a decision to make.

According to the Mirror, Arsenal and Tottenham are both interested in Bailly with Spurs manager Mauricio Pochettino known to be a big fan of his.

United have struggled defensively this season, keeping just one clean sheet from their opening five matches.

Former Manchester United defender Rio Ferdinand sheds light on why his old club are making so many mistakes.

“This season I think almost every game there’s been an element of thinking ‘you wouldn’t expect that from a defender',” Ferdinand said.

“[Victor] Lindelof here [in the 3-2 loss against Brighton] makes a mistake losing his man which leads to the goal. It’s slack play.”

“There’s too big a space between the center-backs here [in the 3-0 defeat to Tottenham]. It’s criminal,” he said.

“Middle of the goal, you’ve got to shut that area down.

“There have been lapses in concentration all throughout the early part of the season,” he added.

“It’s rash decisions that people are making and things are happening from it. They’re getting punished.

“The line in the defence is all over the place. They’re all at sea and there’s no cohesion.”

Mourinho’s side defeated Watford 2-1 at the weekend to end the Hornets’ unbeaten start to the season.

United now get their Champions League campaign on track with a clash against Swiss side Young Boys on Wednesday (8pm).