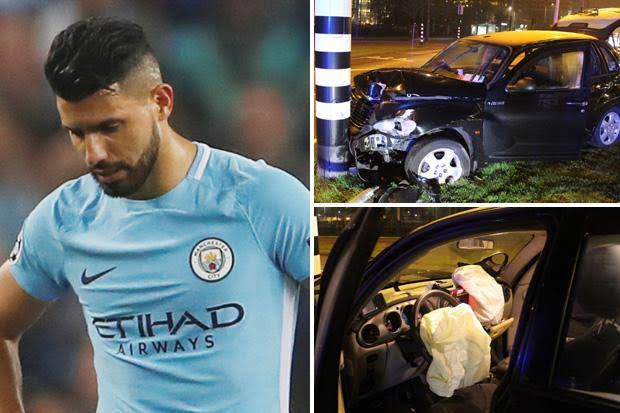 Manchester City striker Sergio Aguero was involved in a minor car accident before Wednesday’s training session but came out without any injuries, British media reported.

According to Sky Sports, the Argentine was on his way to City’s training facility in his car when the accident occurred.

Images later circulated social media showing damage to the right front wheel of the vehicle that Aguero was travelling in.

The 31-year-old did not require medical treatment and took part in training ahead of Saturday’s Premier League trip to sixth-placed Crystal Palace, the report added.

Manchester City are at the time of this report yet to respond to a Reuters request for comment.

Aguero has scored eight goals in as many league games for Pep Guardiola’s side this season and is the joint top-scorer alongside Chelsea forward Tammy Abraham.

Aguero broke a rib in a road accident in the Netherlands two years ago after travelling to attend a concert in Amsterdam on his day off.