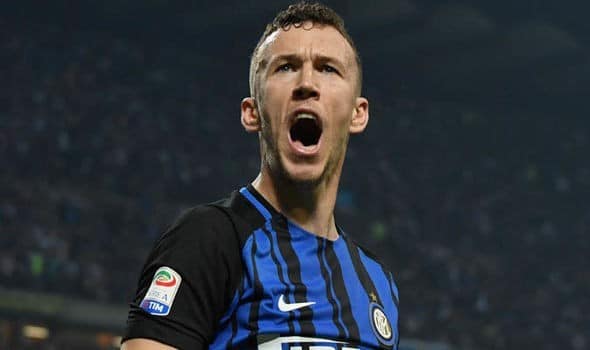 Manchester United have been reported to have approached Inter Milan over signing Ivan Perisic.

The Red Devils have long been linked with a move for Perisic with Jose Mourinho previously keen on signing him.

The rumours linking the Croatia winger with a switch to Old Trafford have resurfaced once again this month.

According to Italian publication Gazzetta dello Sport, United, along with Atletico Madrid, have sounded out Perisic.

A deal will only be made possible if Inter sign a player to replace him, with Anthony Martial named as a potential option in the report.

Perisic is under contract with Inter until 2022.

Reports in Italy suggest Inter could be open to selling the 29-year-old having struggled this season.

Inter will not let him got on the cheap with Gazzetta dello Sport claiming a replacement will be needed before deciding to sell him on.

In previous summers, when Martial was open to leaving Old Trafford following his struggles under Jose Mourinho, he was the player who Inter most admired and would consider swapping Perisic for.

The Frenchman is now happy at the club and is keen for his agent to secure him a new deal with United.