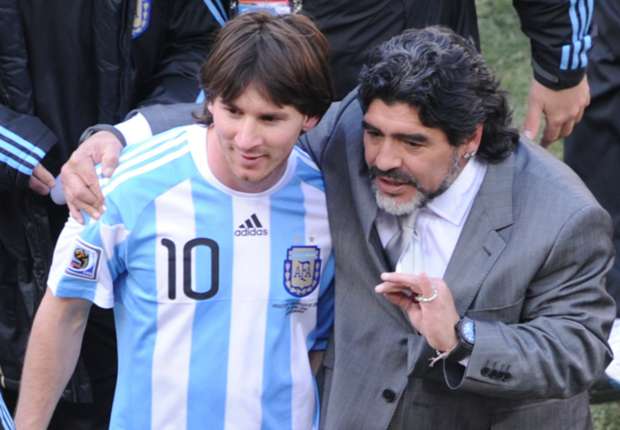 The 31-year-old Messi last featured for Argentina at the World Cup, skipping friendlies in September and being ruled out of upcoming games against Iraq and Brazil.

Maradona, who won the 1986 World Cup, feels Messi should retire from international duty.

Asked what he would say to Messi, Maradona told Clarin: “Don't come anymore.

“The under-15s lose and it's Messi's fault. The fixture in Argentina puts Racing against Boca and Messi is to blame. It's always his fault.

Argentina were eliminated in Russia World Cup in the last 16 by eventual champions France.

Argentina's all-time leading goalscorer's international future has been in doubt since the World Cup, with the superstar having previously retired in 2016.