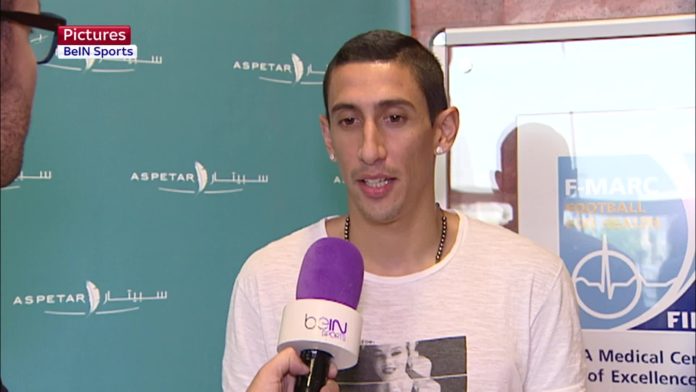 Angel Di Maria has opened up on his problems at Man Utd ahead of Paris Saint-Germain's Champions League clash with the Red Devils.

Di Maria signed for the Red Devils under Louis van Gaal, who described the forward – United's most expensive player at the time – as “World class”.

Things just didn't work out for the Argentine at Manchester United, and after just one season at the Old Trafford club the £60million winger was sold to the French champions.

Paris Saint-Germain are without Neymar for Tuesday night's clash with Man United and Di Maria is in line to come up against his former team.

Ahead of the last-16 game, Di Maria spoke about his Problems At Man Utd and his time at Old Trafford on radio station France Bleu.

“There were problems with the coach at the time. But thanks to God, I was able to come to PSG and be myself again.”

United head into the game in astonishing form with Ole Gunnar Solskjaer having guided his side to ten wins in their last 11 in all competitions.