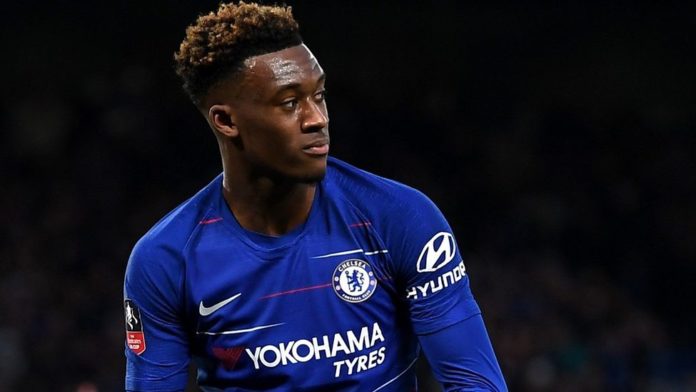 Chelsea manager Maurizio Sarri should put Callum Hudson-Odoi above Pedro in his pecking order – despite the Spaniard being the club’s second-highest goalscorer this season, so says Martin Keown

The 31-year-old is second only to Eden Hazard with his goalscoring output, having provided seven in the English top-flight – three behind Hazard.

Pedro is into his fourth season with the Blues but signed a contract last summer to keep at the club until the summer of 2020.

Arsenal legend Keown believes want-away teenager Hudson-Odoi – who reportedly handed in a transfer request yesterday – should be given more minutes than the former Spain international.

The England youth international scored as the Londoners eased aside Sheffield Wednesday in the fourth round of the FA Cup last night but is still waiting for his first Premier League start at Stamford Bridge.

Subject to heavy interest from Bayern Munich, who are believed to have had a £35million bid rejected, Hudson-Odoi has made it clear to the Chelsea hierarchy that he wants to move to Germany.

Keown insists it would be a major loss for Chelsea, insisting that Hudson-Odoi is already a better player than Pedro – despite having just 15 appearances to his name in comparison to the former Barcelona wide-man.

“What a shame it would be if we lost Callum Hudson-Odoi from the Premier League,” Keown wrote in the Daily Mail.

Asked whether facing Sheff Wednesday was his final appearance for the Blues, the youngster told BBC Sport: “I don't know, I can't say. I'll keep working hard and you never know what will happen.”

The January transfer window will be closing for English clubs at 11pm on Thursday.