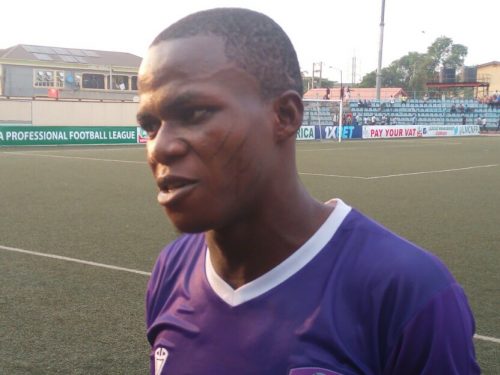 Nigeria Professional Football League (NPFL) side MFM have shown interest in releasing one of their strikers, Adeniji Kabiru, to Sunshine Stars for a loan deal worth N2 million ahead of the 2019/20 season.

According to a statement by the Olukoya Boys on Sunday, the Owena Whales are expected to reach an agreement for the loan deal of the fast-paced striker Adeniji before the new season commences.

Adeniji joined the Lagos-based team from Fabulous FC before the commencement of the 2018/19 season on a two-year deal.

The former Stationery Stores of Lagos forward made his debut in the NPFL last season for the Olukoya Boys when he came on as a substitute for Michael Ohanu, scoring in the encounter.

Since then, Adeniji became an integral member of MFM under Fidelis Ilechukwu last season, scoring five goals in 16 appearances as a rookie in the Nigerian top-flight.

Sources at MFM have stated that If the deal with Sunshine Stars falls through, the striker would be recalled by the Lagos-based side.

“They [Sunshine Stars] have shown interest and we are ready to do business but if they fail to meet our demands, we may be forced to call the deal off,” a top official with the Olukoya Boys told Goal.

Since the exit of coach Ilechukwu to Heartland, MFM have lost several of their players.