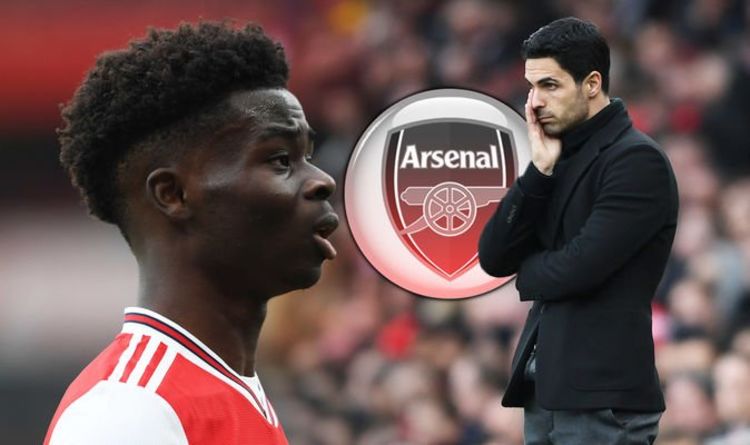 Arsenal boss Mikel Arteta has provided an update on Bukayo Saka’s future at the club.

The 18-year-old, whose contract is set to expire in the summer of 2021, has thrived for Arsenal in his breakthrough season.

Speaking ahead of their Premier League clash against Manchester City on Wednesday, Arteta gave an update on his future.

He said: “The club is doing what it has to do and is having conversations, [and hopefully] we'll get it resolved.”

Saka has come through the academy and is currently only earning around £3,000-a-week.

Liverpool and Manchester United are both thought to be admirers of him.

The teenager, who usually plays as a left-midfielder, has been deployed at left-back for much of the campaign due to injuries to other defenders.

Sead Kolasinac and Kieran Tierney are both out for the foreseeable future.

And Arteta has warned Tierney that he won’t just walk back into the team at the expense of the teenager.

The Spanish boss said: “They [Saka and Tierney] have to compete, they have to challenge each other and improve.

“Whoever is best will be in the position, which is a really good thing for the team.

“I think he [Saka] is doing really well with us. The international level is a different level.

“It is up to the England manager to discuss whether he is ready to do that and what is he going to do with his squad.

“Whatever he decides we will support the idea and the player.”