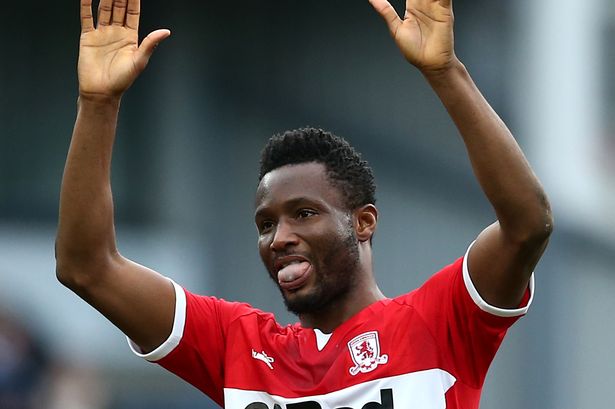 Mikel Obi scored his second goal in English football on Sunday as Middlesbrough defeated Rotherham United 2-1 in a league fixture.

Before finding the back of the net in Sunday's Championship tie, Mikel's last goal in English football was for Chelsea against Fulham in September 2013.

Sadly for the Nigeria international – who captained the visitors – his effort was not enough for Middlesbrough as Tony Pulis' men finished the 2018-19 season in seventh spot, a point adrift of the Championship playoff zone.

The effort was Mikel's first goal since returning to England as a free agent in January.

On the international scene, the Super Eagles captain who has a handful of goals has not played for Nigeria since their group stage exit from the 2018 Fifa World Cup in Russia.

But Mikel is expected to be part of Gernot Rohr's squad for the 2019 Nations Cup.

Nigeria have been drawn in Group B alongside Madagascar, Guinea and Burundi.