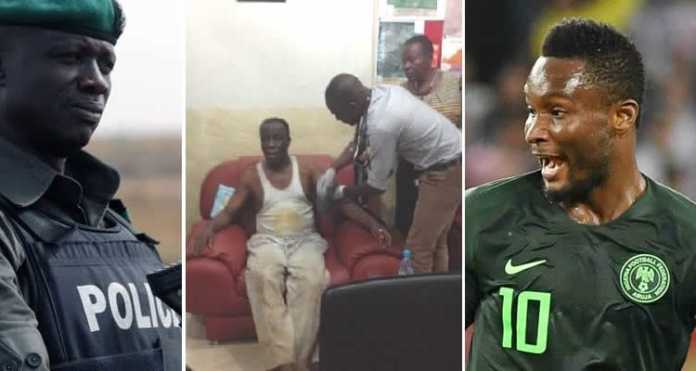 Pa Michael Obi, the father of Super Eagles Captain, John Mikel Obi, has been rescued by the Enugu State Command of the Nigeria Police has rescued less than 72-hours after he was reportedly kidnapped by unknown gunmen.

Obi and his driver were rescued by operatives of the 9th Mile Division of Enugu Police uninjured in Egede Udi forest of Enugu State along old Egede Affa Road Enugu.

A statement issued by the police command, Monday night and signed by its Public Relations Officer, Ebere Amaraizu, revealed that the duo were let go hale and hearty at about 2:30pm on Monday and that Pa Michael Obi and the driver have rejoined their kin.

According to the statement, Pa Michael Obi commended the response and efforts of the police which brought about their rescue.

At the office of the commissioner of police, a team of doctors from the police medical unit were seen carrying out a medical check on Pa Michael Obi and also confirmed that he was okay.

The state police command has pleaded with members of the public, particularly hospital owners and operators, to watch out for anyone with a gunshot wound and report to the police.

Commissioner of Police Danmallam Mohammed has commended the efforts of his operatives and that of the members of the public for their apt and useful information.