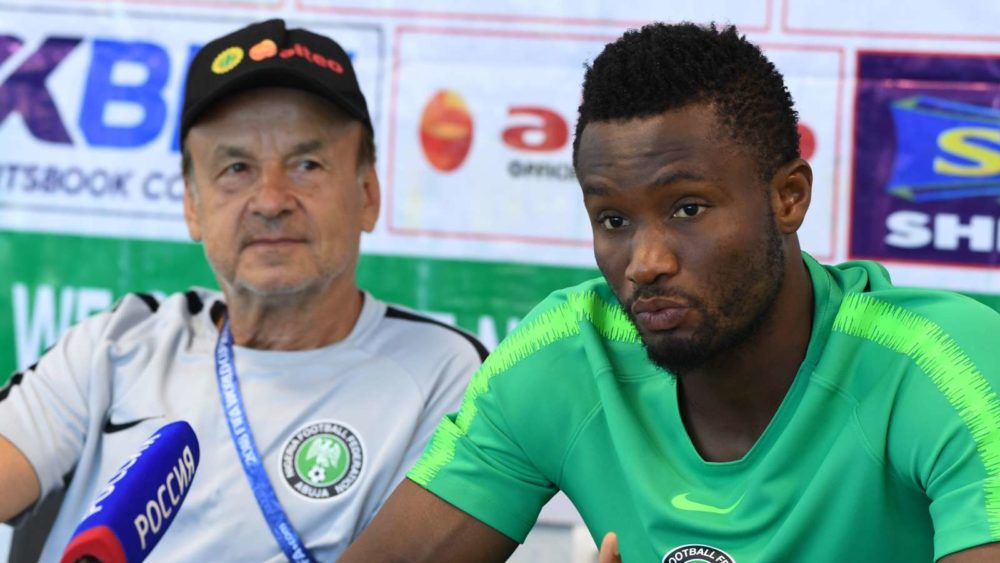 Head coach of the Super Eagles, Gernot Rohr has hailed John Obi Mikel for his early arrival at the team’s training camp in Asaba.

According to Rohr, the Super Eagles’ number 10 is showing his commitment to leading the team at the 2019 Africa Cup of Nations.

The former Chelsea man has not played for the team since the 2018 World Cup in Russia, almost a year ago.

There were concerns that Mikel would be occupied with his international career, but he looks hungry to help Nigeria secure the Nations Cup finals, which commences later this month.

“Mikel has at all times been a professional and the fact that he arrived here early means that he is very committed to do well and to lead us,” the German tactician explained on Monday.

‘’We expect 25 players here but some of them cannot come in today because they had games and players like Odion Ighalo came yesterday from China and Alex Iwobi is also being expected.

‘’So, the team will be complete in two days, but already 18 players have arrived here in Asaba.

‘’Training will start immediately on Monday to get our players ready.”

Super Eagles’ open their AFCON campaign in Alexandria against Group B rival, Burundi on June 22, followed by fixtures with Guinea and Madagascar on June 26 and June 30 respectively.