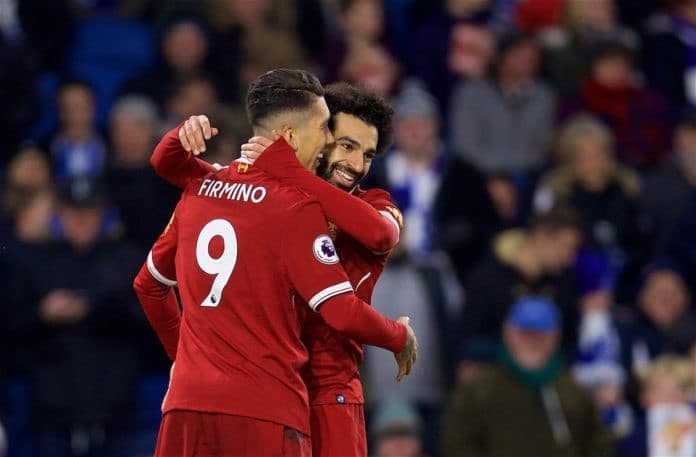 Liverpool’s lead at the Premier League table has been extended to seven points with a 1-0 win over Brighton & Hove Albion in Saturday's fixture on the South coast.

A second-half penalty from Mohamed Salah gave Liverpool a 1-0 victory over Brighton & Hove Albion in Saturday's Premier League fixture at the Amex Stadium.

There was no excitement whatsoever the South coast for long periods, but Liverpool dominated for much of the contest despite requiring Salah to convert from 12 yards.

Liverpool are now seven points clear at the top of the standings, while Brighton remain in 13th place regardless of their three-match unbeaten run in the top flight coming to an end.