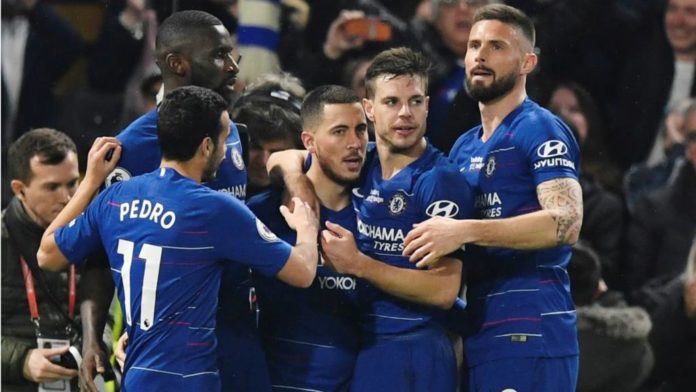 A two-window transfer ban has been handed to the Blues by FIFA, though they are hopeful it will either be delayed or overturned after appealing the decision.

Morata was sent on an 18-month loan to Atletico Madrid in January after Gonzalo Higuain's arrival at Stamford Bridge.

Zouma has enjoyed a successful loan spell at Everton where he is a regular, while Bakayoko has recovered from a rocky start to rebuild his reputation at AC Milan.

‘I can see [Alvaro] Morata returning to Chelsea because I think the squad is in desperate need of a striker and [Gonzalo] Higuain hasn't looked like the answer so far this season,' said Hasselbaink.

‘[Kurt] Zouma might fancy his chances of coming back to Chelsea and becoming part of the squad, but I don't think he would earn a regular starting role.

‘[Tiemoue] Bakayoko will be moved on this summer because he hasn't come remotely close to performing as he did at Monaco. That move simply hasn't worked out for either party.

‘There's a couple of young players in the Championship, [Mason] Mount and [Jay] Dasilva, that might eye a role in the Chelsea squad next year similar to what [Callum] Hudson-Odoi has had this season.

‘I've been impressed with both of them, but it's a big step up from the Championship to performing for Chelsea so I do think next season might come too soon for them.